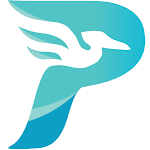 I've been using WordPress on this site since 2007. After all this time, I've decided I want to try something new. So, I've decided to go in a completely different direction and start serving static content. There are three things driving my decision to change:

So, I've decided to try using Pelican to generate a static site. I chose Pelican because I prefer Python and want to use it whenever possible. Jekyll is probably the best known static site generator, but it's Ruby.

There are currently over 1,300 posts on slaptijack.com. At the moment, it is not my intention to convert them all to Pelican. Instead, I'll likely run the two things in tandem for a while. Very few people follow the site like a normal blog, so I don't think it will cause any discontinuity if newer stuff is generated in Pelican only. Fortunately, WordPress does support serving local files if they exist, so everything should "just work."