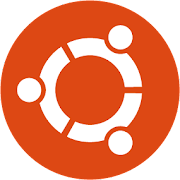 It is well-documented that I am a heavy Google user. I use Gmail and Google Docs for just about everything. Additionally, I have used an Android phone since I got the HTC Dream (AKA T-Mobile G1) when it first came out.

However, I have been using OS X full-time since 2003. My current Macbook is over three years old, and I have started looking around at what my next workstation is going to be. Since I am so heavily invested in Google and Linux, I do not necessarily need to use a Macbook. That being said, OS X is a great operating system and everything really does "just work."

One idea I am kicking around is using a Chromebook for work. Using all the Google tools on a Chromebook is a no-brainer. But, I also need a normal suite of UNIX tools. Everyday, I use Git, Mercurial, bash, Python, SSH, vim, and just about any GNU tool you can think of. In other words, I work with UNIX and Linux servers all day long. My idea is to use Crouton to give me an Ubuntu terminal running in a chroot'ed environment inside of Chrome OS.

If I do acquire a Chromebook, I will make sure to document my successes (or failures) using Chrome OS and Crouton for work. Considering the low-cost of Chromebooks, this could be a game-changer.