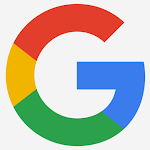 I stumbled across some notes I took in 2011 after Google introduce their Panda update. This update really hit slaptijack.com hard, and I was looking for a way to recover. To put things in perspective, this site saw a 35% decrease in traffic after the Panda update.

What makes this experiment so interesting is that it relates specifically to my views on the Tech Messages category. Even then, I realized that this category wasn't helping me much. As you might recall, I finally nixed all posts in that and the Security Updates category earlier this week.

So, here are my notes from 2011 regarding an experiment that I was starting. I never really finished what I was doing, so the notes trail off at the end.

This post-Panda article on Search Engine Land got me thinking about the change.

Google’s Panda update supposedly does not like pages that add little value to the site. This made me think that my "Tech Messages" pages on slaptijack.com are probably of little use. The experiment is to take controlled steps to remove "Tech Messages" from Google’s index.

Next step will be to block in robots.txt.

And that's where I apparently stopped working on it. As we know from my previous post, removing all those posts really cut down the amount of useless crap posts on this site. (The question of how useful the remaining stuff is may still be up for debate.)

At one time, external links supposedly leaked "link juice" from your site. I don't think things are nearly that simplistic anymore, but realistically, outdated posts that just linked to things I found interesting, or security updates for operating systems that no one uses anymore just take up unnecessary space. Good riddance to bad rubbish.