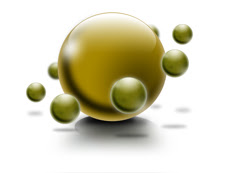 If you're like me, you've probably run into situations where it makes sense to run a <acronym title="Dynamic Host Configuration Protocol">DHCP</acronym> server on your router. You may have noticed that a reboot of the router causes the DHCP bindings to be lost. When this happens, all of your hosts will likely receive new DHCP addresses rather than keeping their old ones.

Thanks to Ivan Pepelnjak, I learned that trying to save the DHCP database to flash can be problematic for the router. According to the show ip dhcp database command, the write was failing because of a protocol error. Instead, I've switched to <acronym title="Non Volatile Random Access Memory">NVRAM</acronym> and things are working out much better. For reference, here's the configuration command I used:

By the way, I'm serving the image in this post directly from Picasa (Google Photos). Let me know if there are any issues.