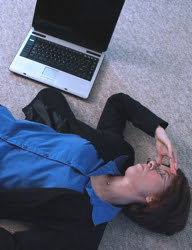 In previous coding examples, I've used Assembla to demonstrate some Subversion interactions. At the time, Assembla offered a free Subversion repository bundled with some really nice development tools. In fairness to all Slaptijack readers, I need to point out that Assembla's Andy Singleton announced the end of free plans (except for student and open source projects) on October 16th.

If you feel the need to freak out, and you wouldn't be the only one, take a moment to review the new plans. The new charges can basically be summarized as \$2 per user and \$0.30 per 100 MB. If you stop and think about it, a two developer team can easily utilize the repository and all the tools for an entire year and only pay a little over \$50. If you're working on a commercial product, you should be able to find a way to cover that cost.

I'm not an apologist for Assembla. After all, I started using them because they were free. And obviously I'm annoyed that my free service is now costing me money. There are plenty of other free Subversion hosts out there, but I really like the value-added stuff I get with Assembla. So far, those tools are worth the cost.

There you have it: "No more free rides!"