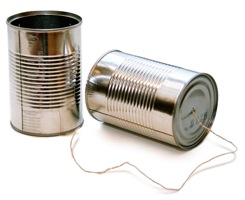 I was recently asked to evaluate the available support options for a software package and recommend which option was best. The existing support contract was nearing the end of its term, and the company was unsure of what level of support was necessary. The software's support options came in two flavors, both based on response time. After researching the company's previous usage of the support contract, I realized that the company had only had 1 or 2 support incidents in the previous 12 months. Since the cost of the support contract was 5 figures, I felt there was really no reason to pay such an exorbitant price for an unused service.

The software developer let me know that although the company had the latest version of their software, they would not be able to upgrade to a new version without a support contract. I felt like this was fair. After all, I didn't expect Microsoft to ship me Office 2008 for my Mac just because I owned the previous version. That's when they told me that the company would also not receive bug fixes or security updates without a support contract.

According to this software developer, the only way I can gain access to updates that fix the broken software they sold me is via a support contract that costs thousands of dollars. Even the sales representative was a bit surprised that the developer did business that way. I honestly can't think of another vendor that does that. (If you can, please leave a comment below.)

So, what was my recommendation? I told the company not to renew the service contract and to create room in their budget to move to a more competitive software solution next year (or sooner).