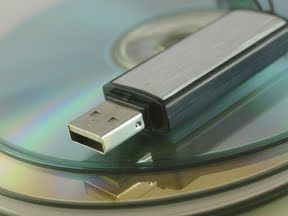 The beginning of truly inexpensive data storage began with the introduction of magnetic tape. Unlike previous data storage technologies such as punch cards, magnetic tape has the ability to hold large quantities of data. Additionally, the ability to store data on magnetic data did not inhibit the format of the data. Finally, magnetic tape is reusable meaning data can be stored, erased, and re-written. Unfortunately, magnetic tape has its drawbacks. Tapes must be accessed sequentially. This means that it may be necessary to read an entire tape in order to access the requested information. Magnetic tape is also somewhat fragile. If not properly maintained, the tape can be damaged rendering it, and the data it contains, useless (Inmon, Strauss, & Neushloss, 2008).

Virtual Tape Libraries (VTLs) emulate magnetic tape libraries, using disk storage as the underlying technology. VTLs allow storage software to write data in continuous streams similar to the way data is written to tapes. Since the data is stored on disks rather than magnetic tape, VTLs offer the advantages of disk-based storage such as speed, cost efficiency, and long life. The primary drawback of this data storage method is that the portability of magnetic tape is lost. This lack of portability has led to a low acceptance rate among many organizations (Greiner, 2008).